Most people have those celebrities they admire. I thought I would have a look into some of the celebrities I admire that have helped or do their bit to #celebratebreastfeeding. Here are my top 5 celebrity breastfeeding mama’s.

Tess Holliday… Tess Holliday is an American Plus-Size model who was most recently captured breastfeeding her 7 month old son Bowie at the LA Women’s March. Tess was hit with some criticisms about not covering up but she hit back with “Those saying that I should ‘cover up’ You mean when I’m breastfeeding MY baby who was a) hungry & b) screaming because he was overly tired & the crowd overloaded his senses & it was the only way to comfort him?! I will feed my child anywhere I want. Also CA state law protects me to do so. Keep your uneducated opinions off my body.” 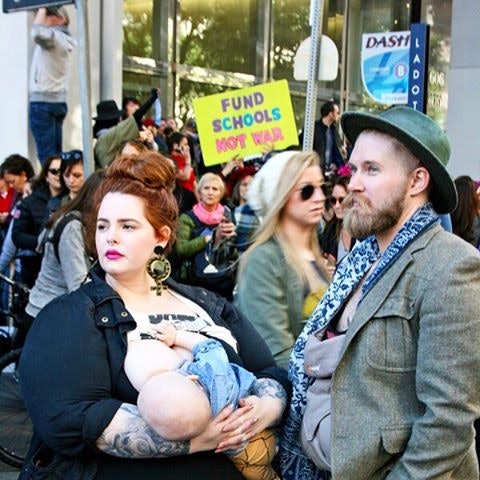 Sam Faiers… Sam Faiers most famously featured on the reality show The Only Way Is Essex. Sam has been very open about breastfeeding her 1 year old son, Paul. For me she has been very influential. Our babies were born around the same time and I loved watching her tv programme The Baby Diaries. Sam posts brelfies on her instagram (something she has been criticised for!) and even breastfed on UK daytime TV programme This Morning, there were lots of positive responses to this!

Mayim Bialik… Mayim Bialik who plays Amy in the American TV series The Big Bang Theory is always very open about her choice to be an attachment parent. Mayim nursed her son until he self-weaned at 4 years old. Mayim came under fire from critics when she was chastised for feeding her son (then 3.5 years old) on a NYC subway.

Who are your most influential, breastfeeding celebrity mamas?

Published by The Baby Boat Diaries

Blogging through parenting one post at a time! View all posts by The Baby Boat Diaries